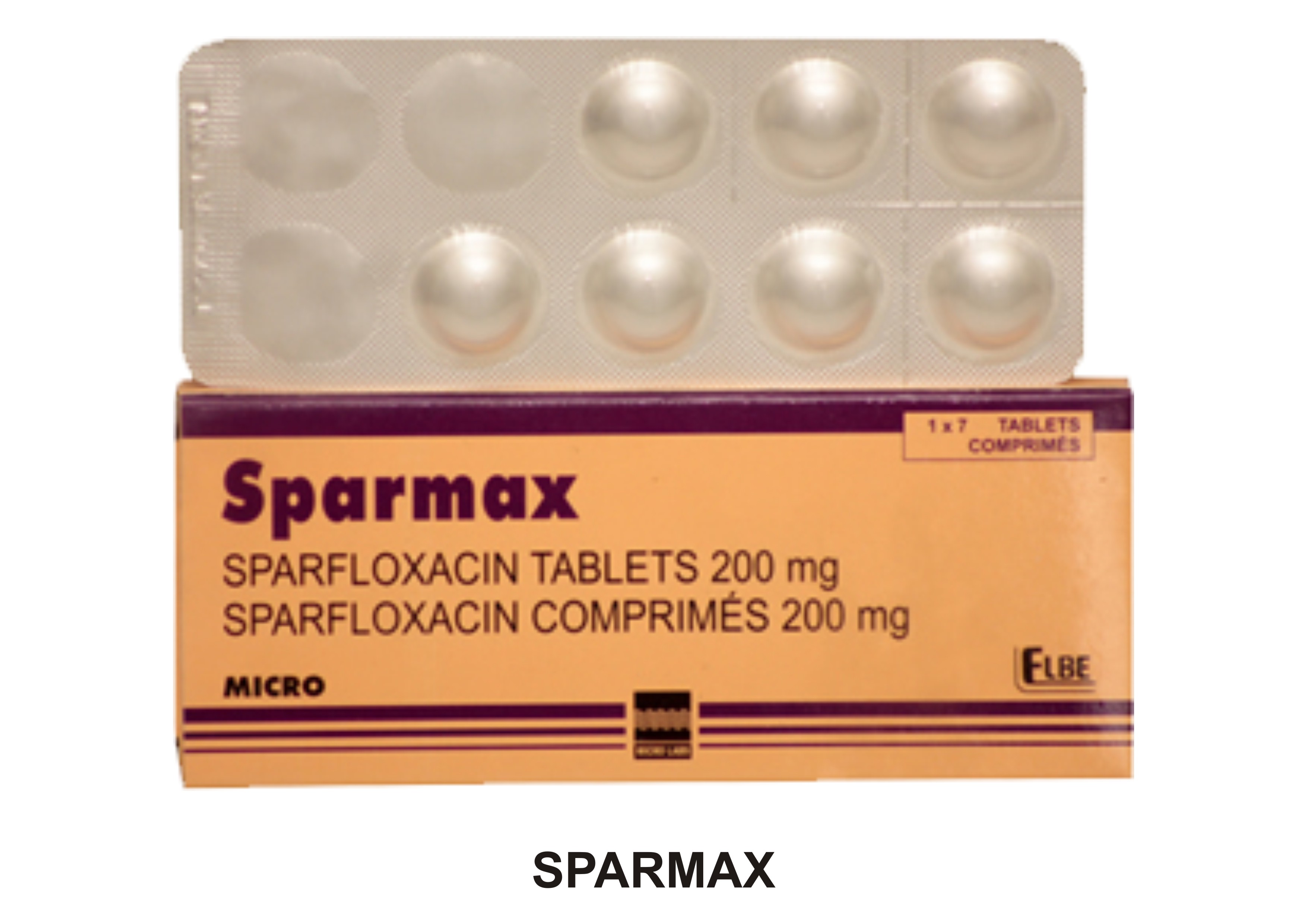 Sparfloxacin is a recently developed fluoroquinolone. Several earlier fluoroquinolone have become widely accepted by clinicians & proved to be extremely useful in treating many infections.
Sparfloxacin's structure is similar to that of Ciprofloxacin, however the former has two methyl groups in the piperazinyl ring and an additional fluoroquinolone atom, which improves its activity against gram positive organisms. It is reported to have enhanced activity against Staphylococci, Streptococci, & Enterococci organisms not sufficiently susceptible to the other quinolones.
Further, Sparfloxacin's elimination half life of 15-20 hours, excellent tissue distribution and effective extracellular fluid penetration permits the advantage of once daily therapy in the treatment of various infections.
Sparfloxacin has been reported to inhibit the supercoiling activity of DNS gyrase, which is an enzyme essential for bacterial DNS replication.
The drug is effective against intracellular bacteria and anaerobes such as Bacteroids fragilis.
Sparfloxacin is further active against Chlamydia trachomatis, Ureaplasma urealyticum, Mycoplasma hominis and also Mycobacterium tuberculosis and Mycobacterium leprae.

Hypersensitivity to quinolones.
Pregnancy and Lactation:
Since safety data have not completely evaluated safety in pregnant women and also because the drug is reported to be present in the mother's milk, Sparfloxacin should not be recommended during pregnancy and lactation.
Children:
Since the safety in children is not established, it should not be given to them.

The dosage range of sparfloxacin in treating various infections varies from 100 to 400 mg once daily after food. The duration of therapy for majority of infections varies from 5-10 days.
It is advised to drink fluid liberally and to avoid Sucralfate and antacids containing Magnesium or Aluminium along with the drug.
The dose may be adjusted according to the type and severity of infection.

Store in a cool dry place, protect from light.