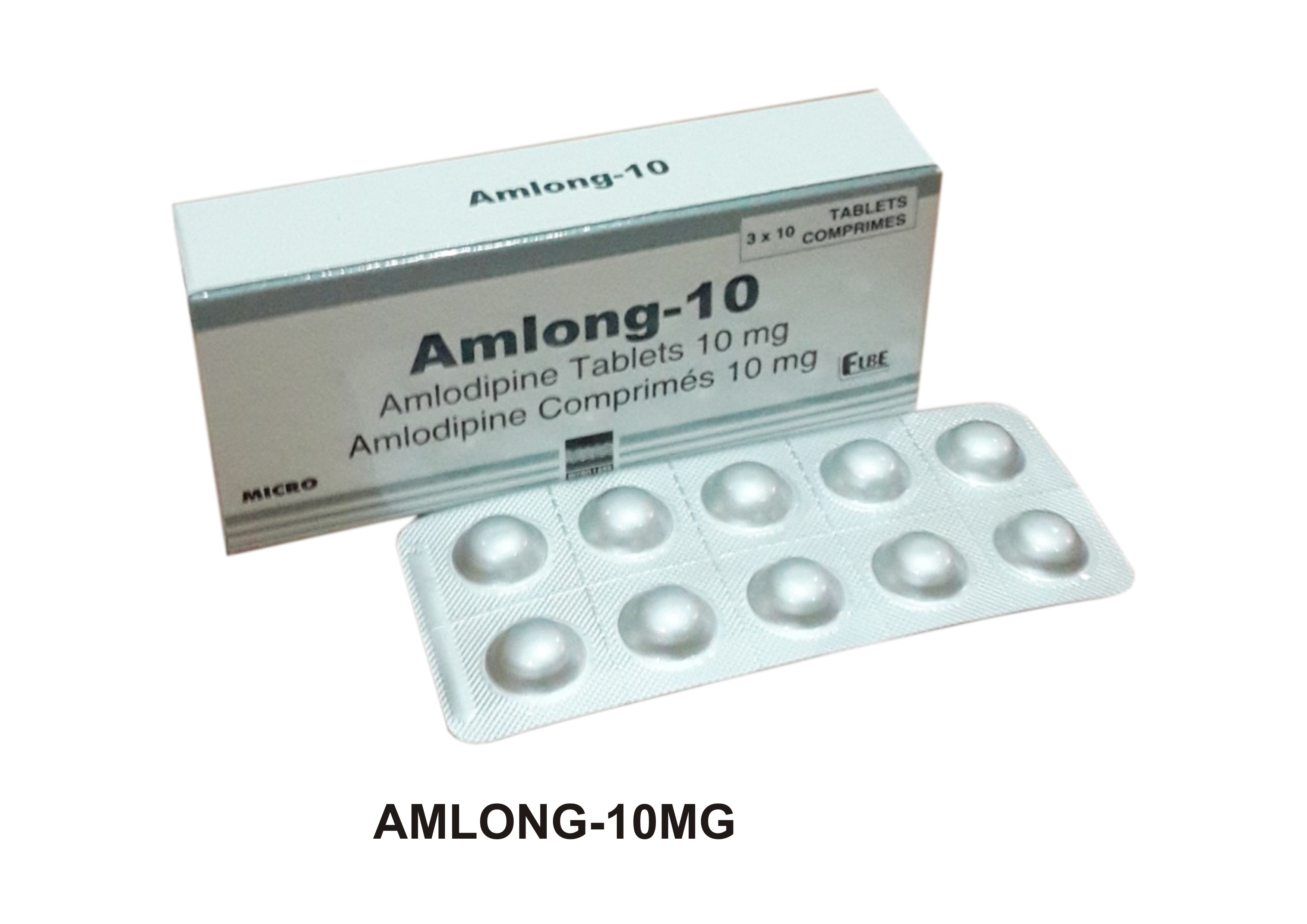 Amlodipine is a dihydropyridine calcium antagonist that inhibits the transmembrane influx of calcium ions into the vascular smooth muscle and cardiac muscle. The mechanism of the antihypertensive action is due to a direct relaxant effect on vascular smooth muscle. The precise mechanism by which Amlodipine relieves angina may be due to the following two actions:
Amlodipine dilates peripheral arterioles and thus reduces the total peripheral resistance against which the heart works. Since there is no associated reflex tachycardia, this unloading of the heart reduces myocardial energy consumption and oxygen requirements and probably accounts for the effectiveness of Amlodipine in myocardial ischaemia.
The mechanism of action of Amlodipine probably involves dilation of the main coronary arteries and coronary arterioles, both in normal and ischaemic regions.
Pharmacokinetics:
After oral administration of the therapeutic doses, Amlodipine is well absorbed with peak blood levels between 6-12 hours post dose. The volume of distribution was approximately 20 liters per kg.
The terminal elimination half life is about 35-50 hours and is consistent with once daily dosing; steady state plasma levels are reached after 7-8 days of consecutive dosing. Amlodipine is extensively metabolized to inactive metabolites with 10% of the parent compound and 60% of metabolites excreted in the urine.
Bioavailability following oral administration is approximately 60-65%. Approximately 97.5% of the drugs are bound to plasma proteins.

Amlodipine is indicated in treatment of hypertension and myocardial ischaemia associated with angina pectoris.

Amlodipine is contraindicated in patients with known hypersensitivity to Amlodipine.

Increased angina and/or myocardial infarction: Rarely, patients, particularly those with severe obstructive coronary artery disease, have developed documented increased frequently, duration and/or severity of angina or acute myocardial infarction on starting calcium channel blocker therapy or at the time of dosage increase. The mechanism of this effect has not been elucidated.
Use in Pregnancy & Lactation:
Safety of Amlodipine in human pregnancy and lactation has not been established. Therefore, Amlodipine should not be administered during pregnancy, or lactation, or to women of child bearing potential unless effective contraception is used.

The most commonly observed side effect are headache, oedema, fatigue, nausea, flushing and dizziness.

Adults:
For both hypertension and angina, the recommended initial dose is 5 mg Amlodipine orally once daily which may be increased to a maximum dose of 10 mg depending on the individual patient's response.
The dose does not need adjusting when Amlodipine is given concurrently with thiazide diuretics, beta-adrenoreceptor blocking agents or angiotensin-converting enzyme inhibitors (ACEIs).
Amlodipine can be administered with or without food.
Use in children:
Since there is no clinical experience in patients of less than 18 years, use in children is not currently recommended.
Use in the elderly:
Although elderly patients may have higher plasma concentration of Amlodipine than younger patients, the terminal elimination half-lives are similar. Amlodipine is similarly well tolerated in elderly or younger patients. Therefore the normal dose is recommended.
Use with renal impairment: Changes in Amlodipine plasma concentration are not correlated with degree of renal impairment, therefore the normal dosage is recommended. Amlodipine is not dialyzable.
Use in patients with impaired hepatic function: The half live of Amlodipine in patients with impaired liver function and dosage recommendation have not been established. Amlodipine should therefore be administered with caution in these patients.

Keep below 25oC and away from children.