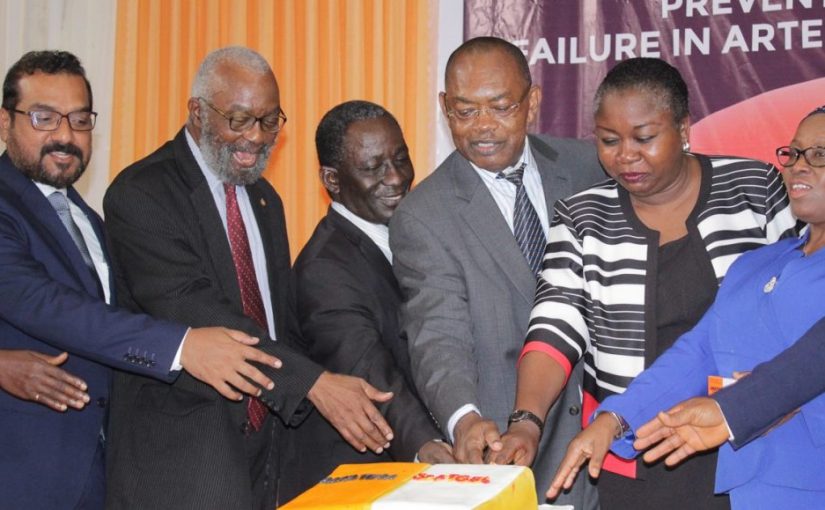 Poised to reduce the prevalence of malaria in the country, Elbe Pharma Nigeria Limited, on 18 July 2018, officially unveiled Amatem Forte Softgel – which has been described as an innovative antimalarial, with benefits for the patients that exceed those derived from Artemether Lumefantrine in tablet dosage form.

The official unveiling of the product, was well-attended by medical experts, held at the MRC Hall of the Lagos State University Teaching Hospital (LASUTH).

Speaking on the findings of a comparative study conducted on the bioavailability, efficacy and toxicity of Amatem Forte Softgel and another known brand of Artemeter–Lumefantrine tablet formulation by a group of researchers from LASUTH, Dr Omoniyi Yemitan noted that Amatem Softgel was found to be more bioavailable in the bloodstream than other brands of malaria tablets.

He further revealed that the toxicity study of Amatem Softgel did not reveal any major side effects of the drug on patients.

“The study was focused on how much of the product was found in the bloodstream and its effectiveness in treating malaria, and these showed significant positive results,” he said.

Managing Director of Elbe, Sir Uchenna Obiakor, stated that the impressive acceptance that the new product was gaining in the Nigerian market was a testament to its efficacy.

“People have started testifying about the efficacy of the product; in fact, product acceptance for a newly introduced brand is highly encouraging,” he said.

On the affordability of the product to the Nigerian populace, Obiakor noted that the company had deliberately made it easy for people to purchase the product, not minding the quality formulation used in producing it.

“Yes we have done tremendous work on this to ensure that the masses can easily afford the product,” he said. “The novel drug therapy is quite different from that of the tablet, and going by this, it is easily affordable, compared to the therapeutic benefits derived from the formulation.”

The General Manager/Chief Operating Officer, Elbe Pharma, Shiva Kumar, emphasized the import of having such a product as Amatem Forte Softgel that helps in reducing the resistance and associated treatment failures within Nigeria.

In his contribution, the Brand Manager, Elbe Pharma, Mr. Augustine Aisabokhale, described Amatem Softgel as being far more affordable, “though it is more capital intensive to produce, regarding the technology behind the production.”